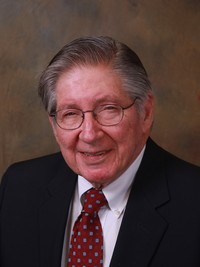 Dr. Kaplan will be honored at the Members Business in Vancouver on Wednesday, August 9. His outstanding dedication and contributions to Urology make him a worthy choice. Below is a brief biography of his accomplishments.

Dr. Kaplan is a native Texan, born in Brownsville. During WWII he attended 11 elementary schools in 10 cities as his father was serving as a flight surgeon in the US Army Air Corps. After the war his family settled in Beaumont, TX where he completed high school. He received a BA from the University of Texas and an MD from Northwestern University Medical School. Following a rotating internship at Charity Hospital of Louisiana at New Orleans he entered the US Navy as a general medical officer serving 1 year of sea duty in the Pacific and 2 years at the Naval Training Center San Diego. This was followed by Urology residency at Northwestern University under John Grayhack during which he had an NIH post-doctoral fellowship and earned an MS in Urology. His first job after residency was as Acting Chief of Urology at the Children's Memorial Hospital, in Chicago. He then relocated to San Diego and entered solo private practice in 1969. In 1971 he limited his practice to pediatric urology, the first urologist west of the Mississippi to do so. He was appointed to the UCSD faculty in 1971, was Acting Chief of Urology in 1975-1976, Chief of Pediatric Urology 1972-1997, and currently Distinguished Professor of Clinical Surgery Emeritus, having participated in the education of over 150 residents between UCSD and the Navy Medical Center San Diego. A fellowship in pediatric urology was established in 1987, accredited by the ACGME and provided further education for 25 fellows, 60% of who are involved academically.